The Po River is a great movie protagonist and stars in over five hundred audio-visual products, including documentary films, feature-films, short-films and TV reports. This is just the umpteenth proof of the great interest and charm the river and its “people” have aroused in script-writers and directors, who shot along the river banks some of the most memorable sequences of Italian cinema. This interest started at the beginning of the twentieth century but the real turning point came in 1943 when Michelangelo Antonioni shot a documentary short-film, Gente del Po, and Luchino Visconti began his career as director with Ossessione. Three years later in the sixth episode of Paisà, Roberto Rossellini portrayed the tearing fight between the Nazis and the resistance fighters in the marshes, reeds and people of the Po Delta. This film confirmed his neo-realist vein as well as his documentary style, likely to depict the cruel, frail and poignant reality of that area.
For more than seventy years the Po Delta was a source of inspiration for well-known writers and script-writes, including Zavattini, Guerra, Celati, Flaiano and Moravia, and was a natural set for great Italian cinema masters featuring very different styles, from Antonioni, Visconti and Rossellini, to De Santis, Vancini, Montaldo, Avati, Mazzacurati, to name but a few.

This rich and still developing movie heritage is now on display at the Po Delta Cinema Documentation Centre, created in Comacchio thanks to the interregional project “Destination Po Delta Parks”, aimed not only at collecting and documenting the history of the films shot in this area but also at disseminating them as major cultural and art expression. Moreover, the Centre tries to offer new ways to understand and experience this area, promoting movie trails which underscore the connections with environmental issues, the sense of belonging and collective memory. 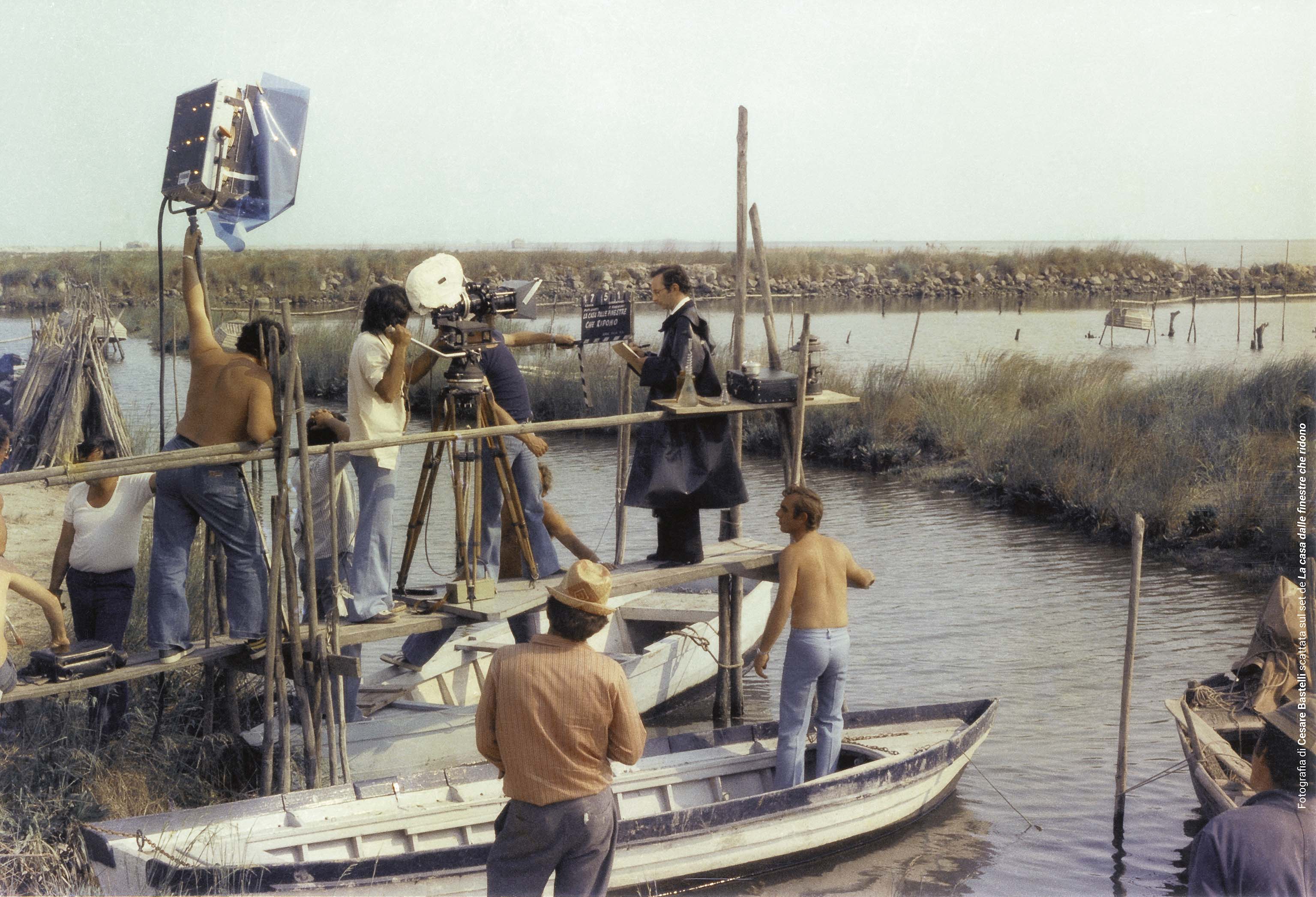